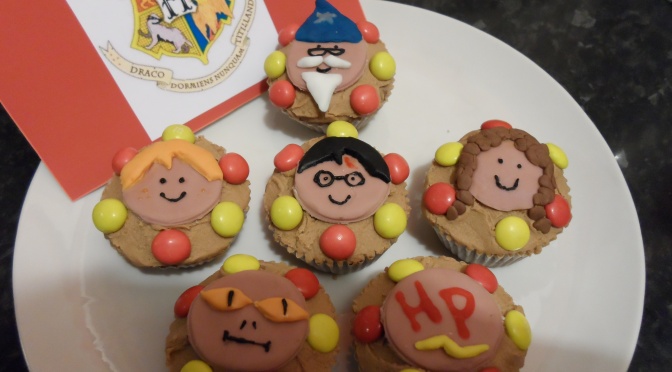 Back in 2007, in New York’s Carnegie Hall, Harry Potter author JK Rowling announced one of the main characters, Albus Dumbledore, the Hogwarts School Headmaster, is gay. But did she realise the significance of this revelation for the advancement of gay rights for a future generation?

Love it or hate it there is no denying the success of the Harry Potter phenomenon. The books have been published in 200 countries and in 69 different languages.

Over 450 million books have been sold, with the final instalment ‘Harry Potter and the Deathly Hallows’ selling 11 million copies on its first day of publication.

Harry Potter and the Sorcerer’s Stone was the first children’s book to appear on the New York Times best seller list since EB White’s Charlotte’s Web in 1952. The series remained on the list for ten years and took up several top spaces forcing the creation of a separate children’s list to make room for other titles.

Harry Potter has been in the lime light since the first book was released to great acclaim in 1997. Since then, with each book and subsequent film release the series became the most successful movie franchise of all time. Harry Potter has become part of our culture. Tourists flock to the various locations where Harry Potter was filmed, from London’s Leadenhall Market which is the entrance to ‘Diagon Alley’, to Alnwick Castle near Newcastle, which starred as the grounds of Hogwarts School of Witchcraft and Wizardry in the first two films.

Although the series has come to an end and the films have all been released, Pottermania remains in full swing. The much anticipated release of the Pottermore website gives fans an online experience to share and participate in the stories and discover previously unreleased information from JK herself. After her revelation about Dumbledore, who knows what she will reveal next? Readers can also, for the first time, purchase Harry Potter e-books from the Pottermore site, so there is still plenty to keep the Potterheads happy.

When pressed on Dumbledore’s love life, JK explained that Dumbledore was smitten with Gellert Grindelwald in his youth. Grindelwald held racist beliefs and was making plans for wizards to rule and to suppress the muggles (non-magical people). At the time, Dumbledore was infatuated by the wizard who was as talented as himself. The youthful obsession was over very quickly and eventually Dumbledore defeated Grindelwald in a battle between good and evil. Dumbledore realised he was being a fool, not for being in love with a male but for putting his trust in the wrong person. “Falling in love can blind us to an extent,” said Rowling.

Following the announcement on Dumbledore’s sexuality, gay rights campaigner Peter Tatchell said: “It’s good that children’s literature includes the reality of gay people, since we exist in every society.” And a spokesman for Stonewall added: “It’s great that JK has said this. It shows that there’s no limit to what gay and lesbian people can do, even being a wizard headmaster.”

Not surprisingly, some people believe JK Rowling should have kept Dumbledore’s sexuality a secret. As well as homophobes and some religious fanatics, some of these critics were fans who felt hurt that they had failed by missing this in the books. Some were parents who were faced with explaining homosexuality to their young children. A few days after the declaration Rowling was asked in an interview with the BBC if she thought a gay person could be a moral compass. She replied: “I think it’s ludicrous that we’re asking that in the 21st century.”

Even some gay readers were not happy with the revelation. Love conquers all is a strong theme throughout the books and most of the other lead characters meet their soul mates at an early age and go on to have happy heterosexual relationships. But the only gay character, Dumbledore, has a negative experience with the wayward Grindelwald and goes on to live the rest of his life celibate. So not really a happy ever after ending for the gay hero.

For many readers, Dumbledore’s sexuality was not that obvious from the books and therefore some people feel they should have been left to make up their own minds. However, JK herself believes that many adult fans had spotted that Dumbledore’s feelings for Grindelwald were an infatuation while children and other readers just saw their relationship as a very devoted friendship.

Despite his misguided youthful experiences with the delinquent Grindelwald, Dumbledore is a fantastic role model, and it can only be positive that Rowling did not hesitate in answering about the character’s sexuality when questioned. Dumbledore is the moral advisor to Harry and the other students and the most successful headmaster of Hogwarts. JK has shown he can be gay, and still be wise, kind, honest and the greatest wizard of all time.

Although Harry is the main character, readers and Potter film fanatics recognise Dumbledore as Harry’s mentor and guide. The brains behind the operations, he is central to the success of the boy wizard. Dumbledore is beloved by the masses, from children who grew up with the books to adults captivated by the magic. That this character, known and loved by millions across the globe, is homosexual marks a massive step forward for gay rights.