Welcome to the Month Long Virtual Book Tour
for Disenchanted, the recently released YA
Fantasy novel by Leigh Goff.

About Disenchanted:
A dark curse, a forbidden love, an impossible choice.
Orphaned sixteen-year-old Sophie Goodchild is an outcast among the ordinaries and her coven, but not because she’s untalented. Descended from a powerful Wethersfield witch, her spellcasting gift is awkwardly emerging, but that’s the least of her worries. The boy she’s forbidden to fall for, a descendant of the man who condemned her ancestor to hang, carries a dark secret that could destroy them both unless Sophie learns how to tap into the mysterious power of her diamond bloodcharm.
Suspenseful, dark, romantic, and brimming with old magic, Disenchanted captures the intrigue of New England’s witchlore.
Excerpt:
I sat, soaking wet, shaking from the adrenaline. Whoever he was, he rescued me from the would-be thief who bore the symbol of the Leos, a breath-saving nickname I gave Judge Mather’s Law Enforcement Organization. I strained to see, but the rain drops clinging to my long eyelashes blurred my vision. I wiped them away as my heart settled to an even pace.

With his back to me, he watched the thief disappear into the stormy night. He ran his hands through his thick, wavy, wet hair. His broad shoulders relaxed before he turned to offer me assistance. He extended his long arm to help me to my feet. I hesitated for a second, unsure of him, but as he reached for me, our fingers brushed together. A shock of electricity bolted through my hand. I froze as I caught the surprised reaction on his face, telling me he felt it, too. His fingers clasped firmly around mine and, with no effort, he pulled me to my feet. Unsteady, I pressed my hands against his firm muscled chest that showed through the drenched white shirt. A dizzy, swirly sensation swept through my head as if I were on a merry-go-round spinning around at one hundred miles per hour.

He had to be six feet tall.

“Are you okay?” he asked in a smooth British accent. His deep voice vibrated with tension, sending warm chills inside me.

I balanced myself and brushed my wet hair behind my ears, swallowing hard. A British accent that could make a girl melt if the girl didn’t have alarm bells going off in her head. There were no Brits currently living in our small part of Wethersfield, which meant he had to be one of them. My wide eyes flitted around, looking for a clue to make sense of why the statuesque Mather boy with his soaking wet shirt and black tailored pants left the comfort of his father’s manor house to brave the storm.

He stepped closer, breaching the already slim gap between us and forcing my eyes up. The streetlight illuminated his handsome features. His ivory complexion, dappled with raindrops and a shadow of thick stubble, revealed a hint of blush as if it were wintertime and the cold air had plucked at his cheeks.

I followed the perfect straight line of his nose to his brooding, dark eyes full of mystery. His eyes wandered over the details of my face and settled on my own, waiting for me to reply. A warm, wet breeze swirled up from behind him and wrapped his alluring scent around me; clean, floral and woodsy and thoroughly masculine. I inhaled again and again, unable to exhale. With all the plants and flowers I had smelled in my lifetime, he smelled better than any, alone or in combination. I wavered slightly, side to side, feeling dazed. I gulped a mouthful of air, trying not to breathe him in. What was wrong with me? I shook myself out of the stupor.

“Did you know that man?” he asked.

“Did you?” I said in an accusatory tone, but at that moment, I didn’t care about the attacker.

“I don’t know what you’re talking about.” He drew back like I was crazy for suggesting anything.

He was the enemy. Say something, I thought. “What…what are you doing out here anyway?”

He furrowed his eyebrows inward. “Saving you, obviously.”

I threw my hands on my hips, shocked by the irony. A Mather helping a Greensmith? Hell was freezing over somewhere beneath our feet and every kind of farm animal was sprouting wings to fly. “That’s impossible.”

“Because…because you’re a Mather,” I said, not meaning to sound disgusted, but I struggled to contain my feelings. Fact was, the Mathers had Greensmith blood on their hands, as well as my coven’s blood. Through Wethersfield’s history, they were known as witch-hunters and with each generation, they changed only to appear more politically correct, but their intentions remained unchanged. 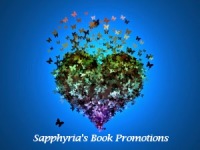 3 thoughts on “Welcome to the Month Long Virtual Book Tour  for Disenchanted, the recently released YA  Fantasy novel by Leigh Goff.”