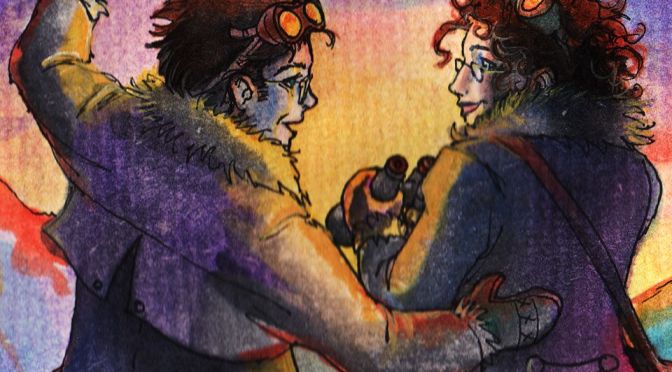 About The Time Traveller’s Resort and Museum:

“If you need to know men’s secrets

Or if there’s something you need to find

If you want to see the dinosaurs

Or the insides of your mind.

If you want to watch the earth begin,

Or see what the apocalypse will leave behind,

You need to thank Alice Anderson,

For Alice is the mother of time.”

That was how the rhyme went. Every time traveler knew it. Everyone that is, except of course, for Alice herself,

since she hadn’t invented time travel yet. Since returning to London, Alice’s life has been turned upside down. She’s

been accused of murder and lost her position in the scientific community. Her only ally in this journey is a strange

man who seems to think that Alice may be about to open up a strange new world of possibilities, but is probably not

telling her everything he knows.

It didn’t seem like a place for a king to die. He lay there on a simple stretcher, with no more ceremony than a common soldier might have. His beard was bloody, and his arms looked disjointed, but he didn’t look like he was dying. Maybe it would be all right. It was difficult to tell. The young man knelt down beside him. The smell was overwhelming. ‘The smell of death,’he thought. ‘I have to pretend. I have to pretend I don’t smell it. Just look at him. He looks fine. Just look at him.’ The young man looked at the King’s face and tried to smile. The King opened his eyes and stared at him.

“Hwæt!” he said. He spoke with a small laugh, as if all of this were a practical joke on him. “Adam,” he said. The young man nodded. He had never been sure why it was that the King called him that. It wasn’t his name. Normally he would object, but of course things like that didn’t matter just now. With great effort, the King raised his hand to his chest. It was only then that the young man noticed the sword.

The King’s beautiful sword was still clutched in his left hand; or rather, the hilt of his sword was still in his hand. The blade had shattered, leaving only a small stub where the deadliest weapon in Britain had once been. The cold flat steel of the hilt was still perfect, but its power was gone now, gone forever. It had shattered like a chicken bone, or an old piece of wood.

“No,” the young man said firmly, as if his insistence would be enough. The King laughed again.

And with that, he died.

They buried the King at the abbey. He was laid in the hollow of an oak tree, near the men who had died so willingly protecting his kingdom and his throne. The hilt of his sword was laid on his chest. The young man had a local blacksmith lay down the engraving on the hilt, so that the world would know him for all time. It was nothing extravagant, just a simple dedication in Latin. The plot was marked with a stone pyramid and nothing more. The funeral was attended by the men who had survived, and those who were there were convinced that he would have been honoured. He was now the past, and the future.

A new morning. A new king. I embrace the Father and I speak with might.

Those were his last words, and they haunted the young man until he became an old man, long after the old king had become a myth and a shadow. When the young man was asked about the old king, and he was asked more times than he could remember, he would usually talk about his love of the people, of all people, and the way he could make men laugh. But sometimes, just sometimes, when it was late at night, he would tell people about the last words of the King, and the engraving the blacksmith had put on the sword:

David McLain is the author of the two novels: Dragonbait, and The Life of a Thief. His stories have

been published in the anthologies Metastasis, Penny Dread II, and the Doctor Who Anthology Time

Shadows, as well as over two dozen magazines. He has been featured on NPR’s Off the Page and the History of

Bestiary Alphabet, and has illustrated several book covers and children’s books. You can find out more about