Welcome the 1-week Virtual Book Tour for The Ghost in the Gardens (A Flower Girl Mystery) by HL Carpenter.
About The Ghost in the Gardens:
Until the first spooky visit, ten year old Chrysantha Howe doesn’t think about ghosts. She thinks about plants.
All.
The.
Time.
She has her future planned out, and that future includes plants. Chrys is going to be a plant scientist like her uncle and her favorite teacher, and she’s determined to find the very rare Coralroot orchid.
The ghost is not in the plan.

But when her teacher disappears and the police suspect her uncle was involved, Chrys has to figure out what the ghost is trying to tell her—before it’s too late.Follow the Book Tour:

Would the pilot be able to keep the helicopter in the air until they reached South Garden?

And what would they do when they got there? South Garden was not a safe landing spot. The ground was marshy and overgrown and too soft to support the heavy helicopter. The chopper might disappear into the mud before the pilot and Uncle Everett were able to get out.

I had walked through the meadow yesterday. I’d sunk to my knees in muck in some spots, and I weighed a lot less than a helicopter.

I darted out of the woods as the helicopter wobbled in a slow circle over South Garden. I waved my arms and pointed to the east. A wide grassy clearing lay beyond the trees that framed South Garden on three sides. The land there was higher and drier.

The chopper moved in the direction I pointed.

I dashed around the edge of South Garden, avoiding the sharp thorns of the wild blackberry bushes that stabbed out of the ground in untidy clumps. Barkley stayed close to my heels, spooked by the noise of the helicopter’s engine.

When I reached the open space on the far side of the field, I stopped. I waved both arms at the pilot to let her know the clearing was safe to use as a landing site.

The pilot waved back, but instead of dropping down to the field, the helicopter continued to hover. Uncle Everett smiled like he had no idea of the danger he was in.

Then the helicopter swept up, shot forward, and sped away.

What the heck was going on?

The engine noise dwindled from muted roar to dull thump and faded into silence as the chopper vanished into the distance.

The engine noise dwindled from muted roar to dull thump and faded into silence as the chopper vanished into the distance.

I rubbed my fingers across the smooth glass of the daisy pendant that dangled from a silver chain around my neck. What was Uncle Everett doing in the helicopter? He was supposed to be in Tampa, working on his latest book. Was he concocting another one of his publicity stunts?

I hoped not. He’d only avoided being hauled off in handcuffs after his last crazy adventure because Mom was a good lawyer.

My life was getting more complicated by the minute.

What else could go wrong?

Barkley bumped my leg and woofed.

Florida-based mother/daughter author duo HL Carpenter writes family-friendly fiction. The Carpenters write from their studios in Carpenter Country, a magical place that, like their stories, is unreal but not untrue. When they’re not writing, the Carpenters enjoy exploring the Land of What-If and practicing the fine art of Curiosity. Visit HLCarpenter.com to enjoy gift reads and excerpts and to find out what’s happening in Carpenter Country.
Connect with HL Carpenter:
Website: https://hlcarpenter.com/
Author Page: https://www.goodreads.com/author/show/5820921.H_L_Carpenter 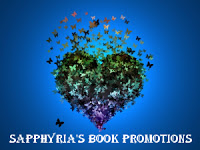