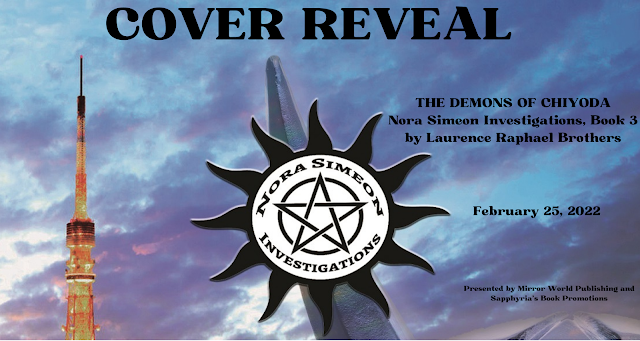 About The Demons of Chiyoda:

Occult private eye, Nora Simeon, and Eyre, her uncannily pretty boyfriend, are on another case on behalf of the Commission, the secret organization that controls financial sorcery in the Americas. This time they’re hunting down an investment-bank sorcerer who cracked when passed over for promotion and used a summoned demon to commit murder. Finding the murderer is easy, but he’s already dead, assassinated in a locked room.

The case’s ramifications quickly reach far beyond New York. From a murder scene in Queens, Nora and Eyre discover a tangled web of international corruption and sorcery linking crimes in Japan and the US. Traveling to Tokyo at the behest of the mysterious Onmyōdō Group, they run afoul of the even more deadly Ministry of Shadows. In the rural reaches of Fukushima province, Nora and Eyre discover a fateful secret that could shake the foundations of financial sorcery all around the world and come up against an old enemy whose malice poses a greater danger than any they’ve faced before. 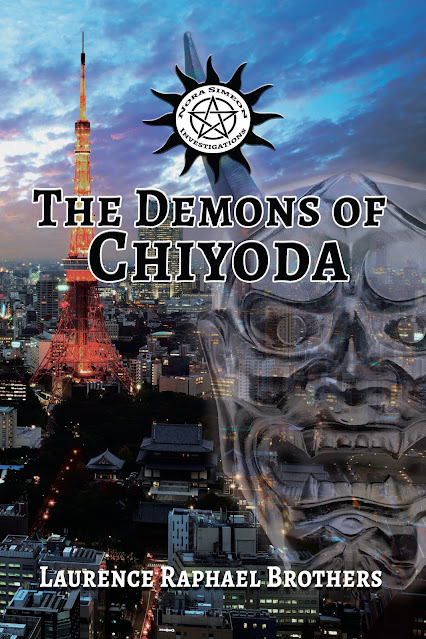 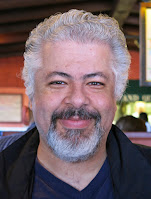 Laurence Raphael Brothers is a writer and a technologist. He has published over 25 short stories in such magazines as Nature, the New Haven Review, PodCastle, and Galaxy’s Edge. His WWI-era historical fantasy novel Twilight Patrol was just released by Alban Lake. For more of his stories, visit https://laurencebrothers.com/bibliography, or follow him on twitter: @lbrothers.
Visit the Publisher’s Website:
https://www.mirrorworldpublishing.com/
Advertisement

One thought on “Cover Reveal: The Demons of Chiyoda (Nora Simeon Investigations #3) by Laurence Raphael Brothers.”